Karl Barth was born in the 19th Century, worked during most of the 20th Century, and gave rise to a theology that is still shaping the doctrines of the 21st Century. The quality of his lofty work impressed pastors and popes alike, and made him one of the most important theologians in history.

But he could also compress Christianity into a simple sentence understood by young children.

Karl Barth (pronounced “Bart”) was born in Basel, Switzerland, in 1886. Since his father was a professor of New Testament studies, Karl was educated at some of the finest universities in Europe. But, during Barth’s formative years in school, much of Christian thinking was dominated by a liberalism that robbed God of His sovereignty.

Barth rejected that notion of God, and reinforced the idea that God was Trinitarian in nature and Supreme Judge in relation to mankind. His views rocked the establishment, and his books, lectures, papers, and commentaries were wildly popular with church leaders around the world.

Here are just a few of Barth’s most impressive achievements:

Even though he was a world-renowned theologian who mentored Christianity’s finest thinkers, he guarded against jargon that would render him useless to the common person. When asked in 1962 (on his one visit to America) how he would summarize the millions of words he had published, his reply was a simple quote of the simple hymn: “Jesus loves me this I know, for the Bible tells me so.”

Yeah, that’s Christianity in a nutshell.

The Conversion of Adoniram Judson

Why Did You Wait So Long? 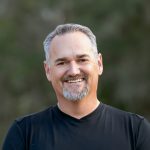